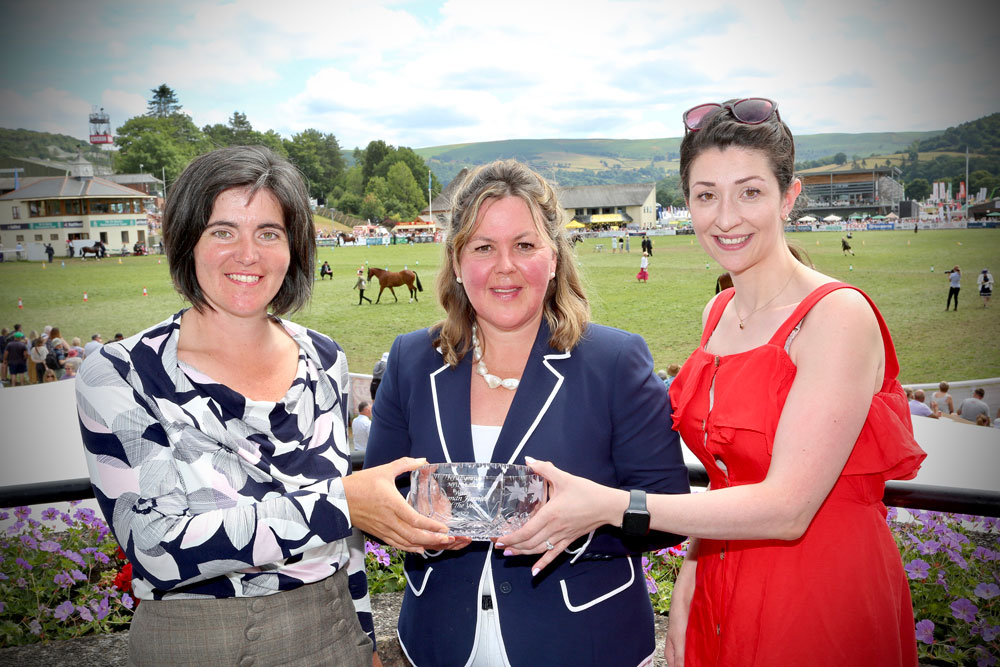 The award, now in its 24th year, seeks to champion the contribution that women make to the agricultural industry and to raise the profile of women in farming

Clare Morgan, a poultry, beef and sheep farmer from Pembrokeshire has been announced as the NFU Cymru / NFU Mutual Wales Woman Farmer of the Year at the Royal Welsh Show.The award, now in its 24th year, seeks to champion the contribution that women make to the agricultural industry and to raise the profile of women in farming.Clare farms in partnership with her husband, Stephen, at Fenton Home Farm, Crundale near Haverfordwest. They farm 375 acres consisting of free-range hens, cattle, breeding ewes and some arable cropping. Over the last 20 years they have converted their traditional stone barns into assured short hold rental properties and in the last three years as holiday cottages. The farm also has a renewable energy diversification in the form of a solar park.A former NFU Cymru Poultry Group Chair and delegate on the National NFU Poultry Board, Clare has also served a two-year term as NFU Cymru Pembrokeshire County Chair, only the second woman to hold this position. During her time as NFU Cymru Pembrokeshire County Chair, Clare was a strong and professional champion for the issues that affect members in the county. She used opportunities such as media interviews, political meetings and NFU Cymru meetings to powerfully and effectively lobby for an effective bovine TB eradication strategy. Clare was also a fantastic advocate on water quality and mental health in the rural communities. Clare is a qualified rural practice chartered surveyor and agricultural valuer and it was through her work that she met her husband, Stephen, when she sold him the farm and property, developing the site that would later become their family home. At the time of the purchase the farm was in arable cropping and potatoes but has since diversified considerably. 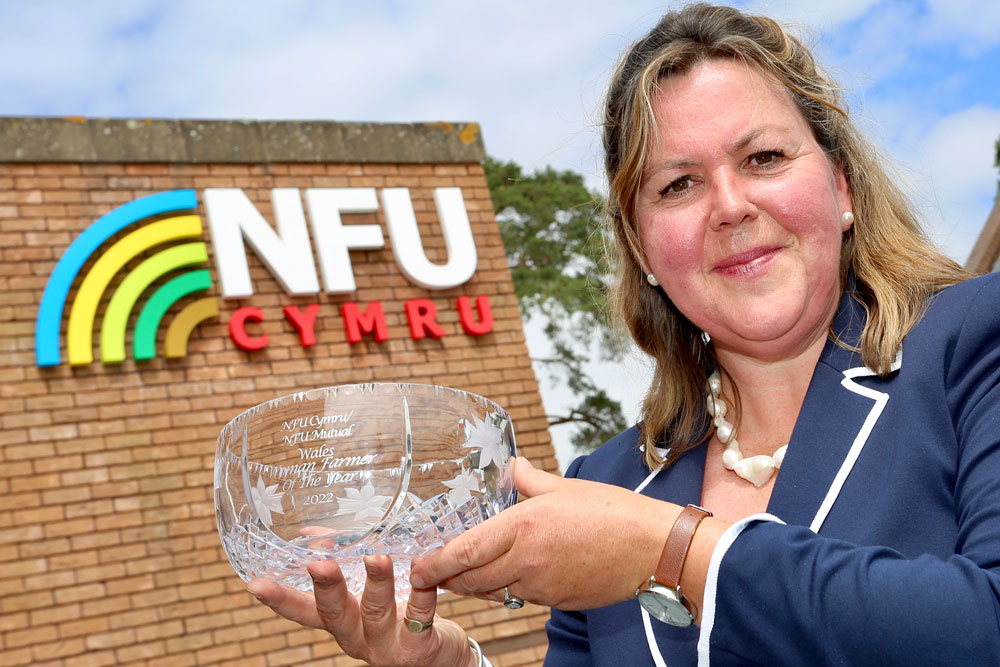 In 2011, the Morgans decided to enter the poultry sector, initially erecting hen shed at Fenton and adding another unit in 2014. Eggs are currently supplied to Fridays packer in Kent, supplying the major supermarkets. As a business they embraced renewable energy at an early stage. In 2014 they signed a 30-year lease for a solar park, which was completed in early 2015. They manage the grass in the solar park, grazing with the ewes. In addition to this, they have invested in a 320kw biomass boiler to heat and provide hot water for the rental properties, and 150kw of ground mounted solar panels for the poultry shed.Away from the farm, Clare is a Nuffield Scholar, is involved in Pembrokeshire County Show, a parent liaison for Redhill High School, trains the Keyston YFC debating team and a committee member and Joint Master of the Pembrokeshire Hunt. Fenton Home Farm also hosts numerous visits from primary schools and various grassland, WI and NFU groups.NFU Cymru Deputy President and competition judge, Abi Reader, said: “We are delighted to be able to announce Clare as the winner of the 2022 Wales Woman Farmer of the Year Award. After visiting Fenton Home Farm, it was clear that Clare embodies everything that we were looking for from a Wales Woman Farmer of the Year Award winner; an active farmer who is passionate about the industry and someone driving their farming business forward with aplomb. “It was inspiring to hear from Clare about the adversity her farming business has overcome and changes the family has made to enhance the enterprise over the years. As judges we were left in no doubt whatsoever that Clare is someone who is always willing to seize the initiative, grasp new opportunities and is certainly not afraid of a challenge or hard work. Clare is a tremendous example of a woman leading the way in her field.”Fellow judge Gwenllian Jones representing award sponsors NFU Mutual in her role as NFU Cymru/NFU Mutual Group Secretary in Llanfair Caereinion, added: “It has been a pleasure to help judge the NFU Cymru/NFU Mutual Wales Woman Farmer of the Year Award and see for myself the huge depth of talent we have among women in Welsh agriculture. The standard of the applications was exceptionally high, which made our role as judges enjoyable and challenging in equal measure.“However, Abi and I were both in agreement that Clare was the pick of the entries for this year’s award. Her dedication, passion and can-do attitude really shone through during our visit to her Pembrokeshire farm. I was taken aback at how Clare manages to run such a successful business with numerous diversification streams, alongside championing the interests of farmers in the media and playing a leading role in her rural community, all while raising three teenage boys on the farm. For all of these reasons Clare is a fantastic ambassador for women in farming and is a very worthy winner of this important award.”Clare was presented with a Welsh crystal engraved bowl and £500 prize money to mark her achievement.